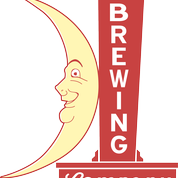 “The best brew under the moon” is back at it again, welcoming a unique, new batch of beer to the Tuscaloosa
community. Druid City Brewing Company introduced its very own style of a vanilla Imperial porter, appropriately
named the Double Downtown North Porter. The brewers at Druid City Brewing Company released the news of their
latest brew through social meda, in addition to word-of-mouth buzz around the brewery.
“We humbly dub this brew the Double Downtown North Porter, in honor of Historic Downtown Northport. This
location, nestled right on the banks of the Black Warrior, provides us with great eats, artistic expression, and a long
history of storied businesses dating back to the early 19th century. The Double Downtown North Porter features
robust malt profiles that highlight both chocolate and coffee tones, ending with a delicious vanilla finish. It’s perfect
for a dessert beer or just to warm your bones on an Alabama winter day,” the online post stated.
Druid City Brewing Company began operating in the fall of 2012 as the only independent brewery in Tuscaloosa
County in more than a decade. The rise of craft beer in the state of Alabama has increased dramatically,
especially since the 2009 Free the Hops movement. The increase in demand for artisan, craft beer propelled a
need for creative juices. Two enthusiastic and quirky beer craftsmen, Bo Hicks and Elliot Richards, founded the
brewery to fuel their passion for beer. Druid City Brewing Company set out with a mission to produce
high-quality craft beer that is brewed locally while remaining comprehensively reflective of Tuscaloosa’s diverse
community. The brewery boasts an unbeatable local pride and a philanthropic mentality, supporting local
businesses through all aspects of the business.
With such bold flavors, the Double Downtown North Porter is best paired with a hearty filet mignon, that
complements the flavorful undertones of this dark malt. As previously mentioned, this craft brew doubles as an
excellent dessert beer – and who doesn’t love to start off with dessert? Topping off the charts with an astounding
9% ABV, this selection should be savored in small doses. It’s goes down so smooth that it can be difficult to
remember that is packs quite a powerful punch.
At the brewery’s very own tap room, prices can range from $5-$8 per pint. Although, sometimes bars and restaurants
will run drink specials and offer Druid City’s products for much lower prices in order to bring in more customers and
increase sales of the beer.
Some establishments, such as Corks and Tops, offer consumers the ability to buy Druid City beer in containers called
“growlers”. These containers allow customers to purchase draft beer and take it home. The growlers can be priced
anywhere between $15-$20, depending on the selection.
For the next few weeks, (or at least until the batches tap out,) the Double Downtown North Porter will be
available at various establishments and restaurants in Tuscaloosa. “It is beer brewed here in Tuscaloosa, by
people from Tuscaloosa, sweating Tuscaloosa sweat and bleeding Tuscaloosa blood,” Hicks stated.
Druid City Brewing Company’s tap room is located on 607 14th Street in the Parkview Center. Visitors are always
welcome to see what’s on tap under the moon on Thursdays and Fridays from 4 – 8 p.m., and on Saturdays and
Sundays from 2 – 8 p.m.