From July 3 through Labor Day, SweetWater Brewing Company’s annual “Save Our Water” campaign encourages folks to “give of their liver to save the river” in a multifaceted fundraising effort for Waterkeeper Alliance, a global movement of on-the-water advocates. Funds and awareness are generated by purchases of “Save Our Water” t-shirts and signature-ready “fundraising fish” at participating restaurants, bars and retail accounts across SweetWater’s distribution footprint. Patrons may visit waterkeeperbrew.org to donate online and learn about the projects their dollars will fund in their local communities.

Supporting the conservation of some of the nation’s most threatened rivers, streams and coastlines is a cause near and dear to the brewery, as clean water is also vital to the creation of their tasty brews. SweetWater founded the “Save Our Water” program in 2006 with its local Chattahoochee Riverkeeper in Atlanta, and efforts grew larger as the brewery did. Since the inception of the program, SweetWater has helped raise more than $600,000 for the cause, with $100,000 raised in 2014 alone.

In 2011 SweetWater launched Waterkeeper® Hefeweizen, a beer with a cause, helping to spread the campaign’s mission right on the beer label. Now, as part of their seasonal Catch & Release line-up, the unfiltered brew made its return to shelves and draft taps earlier this June.

Waterkeeper Alliance is a global movement uniting more than 200 Waterkeeper organizations and focusing citizen advocacy on the issues that affect our waterways, from pollution to climate change. Waterkeepers patrol and protect more than 1.5 million square miles of rivers, streams and coastlines in the Americas, Europe, Australia, Asia and Africa.  Waterkeeper Alliance was founded in 1999 by veteran Waterkeepers and Robert F. Kennedy, Jr. to insure our global waterways are swimmable, drinkable and fishable. Learn more at: www.waterkeeper.org or follow @Waterkeeper on Twitter and Facebook. 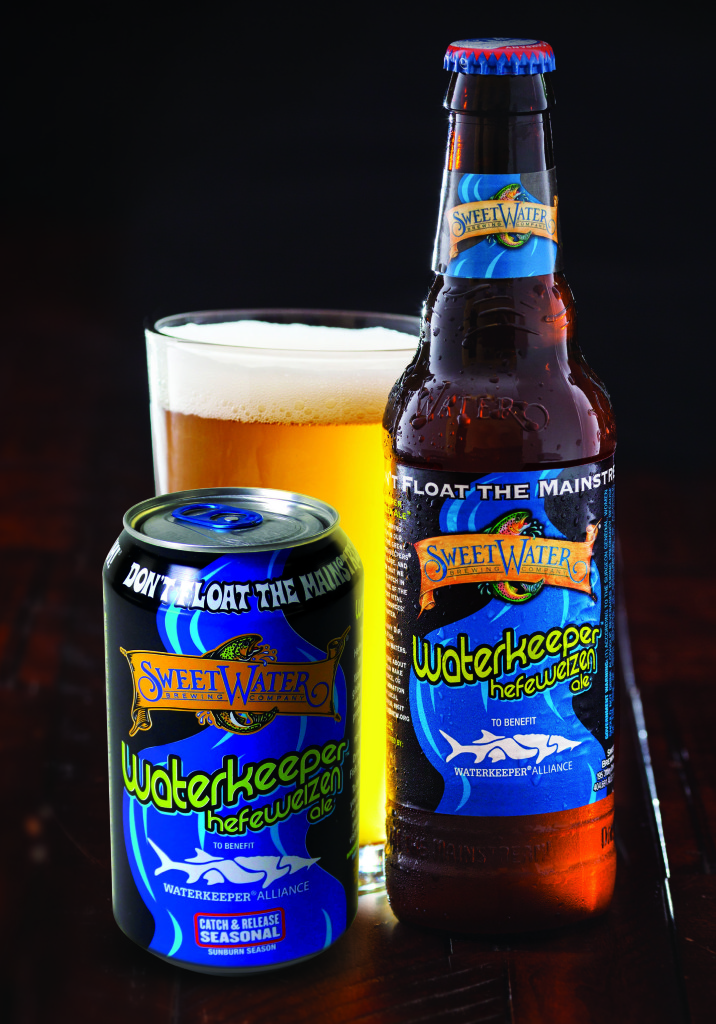