Prepare yourself for a different kind of Caped Crusader in “The Batman” (**** OUT OF ****) as a ripped Robert Pattinson dons the cape and cowl. A grave looking Bruce Wayne wonders after two years of crime fighting if he is making a difference. Pattinson’s version of Bruce Wayne may be the youngest iteration of The Batman.

In fact, he refers to himself as ‘Vengeance’ rather than Batman and spends more time on crime than ascending the social ladder. Get ready for some heavyweight drama, too. “Cloverfield” writer & director Matt Reeves and “Hunger Games” co-scripter Peter Craig put Pattinson through a wringer in what amounts to a “Mad Max” spin on the Detective Comics hero. 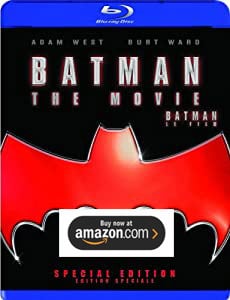 Awash in shadowy 1940s film noir lighting, nothing about “The Batman” is either lighthearted or romantic. Gotham City is a sinister Sodom and Gomorrah on the eve of a critical mayoral election. This grim murder mystery about byzantine corruption in both the police department and the district attorney’s office has a sliver of the sadistic “Saw” franchise in its DNA.

A nonentity who calls himself ‘the Riddler’ wants to wash away all that evil with some Old Testament retribution. Meantime, The Batman encounters slinky Selina Kyle, (Zoë Kravitz of “X-Men: First Class”), aka Catwoman, who is searching for a friend gone missing.

Predictably, the Bat and the Cat team up for different reasons to contend with a hazmat clad Riddler who looks nothing like the spandex-clad Jim Carrey in “Batman Forever” (1995). Watching this grim, serious-minded melodrama, you’ll feel like you’re caught in a storm without an umbrella because “The Batman” is dark, rainy and ominous.

Basically, you’d need a hacksaw to carve the doom-laden atmosphere, especially when it clocks in at 176 marathon minutes. Reeves deliberately takes his time piecing together each part of the puzzling plot without giving away anything. Oscar-winning “Up” composer Michael Giacchino’s orchestral score heightens both the suspense and sharpens the chills with a variety of musical cues.

“The Batman” feels more like the David Fincher serial killer thriller “Se7en” (1995), co-starring Brad Pitt and Morgan Freeman, than a luminescent, lightweight, costume-clad crimefighting caper. Mind you, nobody has solved the murders of Thomas and Martha Wayne twenty years before, and the tragedy still clouds Bruce Wayne’s psyche.

We see this younger version of Bruce suited up more often as The Batman rather than modeling the latest sartorial fashions with a gold digger hanging onto his elbow. Crime preoccupies The Batman, and he has trouble keeping out of trouble with the Gotham City Police.

Although he has won the trust and support of Detective Lieutenant James Gordon (Jeffrey Wright of “No Time to Die”), most of Gordon’s skeptical superiors and subordinates regard the Caped Crusader with considerable suspicion.

Mind you, the criminal element have even less use for him. Blue collar crooks cringe when the Bat signal illuminates the skies. Mob boss Carmine Falcone (John Turturro of “The Big Lebowski”) and the Penguin, Oswald Cobblepot (an unrecognizable Colin Farrell of “Daredevil”) dismiss The Batman as a rank amateur.

Carmine knew Bruce Wayne when the latter was a child, but he doesn’t suspect the orphaned Wayne is The Batman. Neither does Carmine take Selina Kyle seriously either. Actually, she serves drinks in the Penguin’s shady nightclub which serves as a front for Carmine’s minions.

Rarely do we see The Riddler (a bespectacled Paul Dano of “Swiss Army Man”) until the last half hour. He doesn’t appear very intimidating and that makes him seem twice as intimidating. The Riddler’s riddles aren’t bright and witty, but dark and dangerous.

He has orchestrated a massive maneuver that makes the January 6th riot at the Capitol in Washington, D.C. look like child’s play.  The huge difference here is writer & director Matt Reeves makes everything appear both plausible and chilling in its audacity. No, extraterrestrials don’t enter the fray like in “Batman Vs. Superman: Dawn of Justice” (2016) or either version of “Justice League” (2017).

“The Batman” begins as a slow burn whodunit as our protagonist assembles clues, but there is no shortage of action. This Batman isn’t afraid to tango even when the opposition outnumbers him. The harrowing demolition derby freeway chase through Gotham City with The Batman hauling butt after the Penguin is a genuine showstopper.

The new, stripped-down, Batmobile muscle car looks nothing like any earlier incarnations of the renowned vehicle. Indeed, this Batmobile has a predatory appearance. Interestingly enough, The Batman relies on his trusty Bat motorcycle to zip from here to there with his cape fluttering in the breeze. Reeves doesn’t dwell on many Batman gadgets like a James Bond thriller.

While Reeves and Craig are more focused on narrative realism, they equip our hero with some clever gadgets. For example, the smart contact lenses with built-in cameras that recognize and identify people are extraordinary. Occasionally, things don’t always work out as smoothly for our hero as he expects them.

The scene where The Batman BASE jumps from a skyscraper at night to elude capture goes awry when he deploys his parachute too early. Reeves and Craig surround Pattinson with a sterling cast of infamous characters, and they put the Caped Crusader into some predicaments he cannot get out of even with his gadgetry.

Unlike previous incarnations of Batman, Pattinson will have the chance to age in the role, because Warner Brothers has signed him up for a trilogy. He has the tenacity of Michael Keaton’s Batman, the guile of Christian Bale’s Batman, but he lacks the brawn of Ben Affleck’s Batman.

Nevertheless, in his freshman outing, Pattinson looks like he has gotten off on the right foot. All quibbles aside, “The Batman” is off to a promising “start!