Everyone remembers their first KISS.

Somewhere during the middle of the show,  KISS frontman

Paul Stanley polled the black sea of fans on who had never been to one of their shows. From the faint sounds from the audience, it was clear that the KISS Army was in full attendance.

Those lucky enough to attend the rock quartet’s Birmingham show, April 13, might’ve experienced their last.  Almost two decades after the band’s first “farewell” tour, Stanley confirmed with Rolling Stone Magazine that this was the last hurrah.

KISS closed out the U.S leg of their End of the Road tour in the Magic City, giving fans a show that they’ll never forget. Performance artist David Garibaldi, who is best known rapidly painting musicians onstage, served as support.

Hordes of loyal fans flooded the BJCC Arena, donning the bands signature platform boots, black and white makeup and leather garbs, to witness what would be America’s final KISS show.  After 46 in the business, and the band didn’t fail to disappoint, giving attendees a visual masterpiece of pyrotechnics, state of the art smoke machines and stunning LED displays.

Check out photos from the show below: 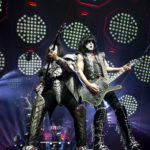 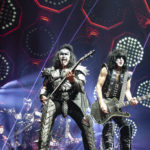 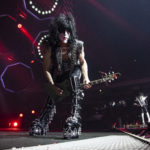 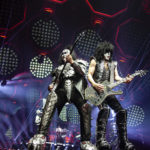 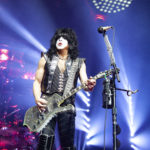 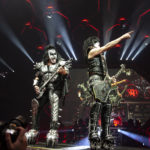 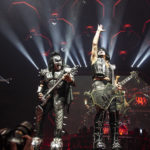