If you’re keeping count, the current entry in the “Scream” franchise qualifies as number five. Shrewdly, “Ready or Not” co-directors Matt Bettinelli-Olpin & Tyler Gillett have dispensed with numbers, so this fifth installment is simply “Scream.”

Since this is the first “Scream” without Wes Craven at the helm, Olpin & Gillett had to mollify the fanbase as well as pay tribute to Craven for his four “Scream” movie legacy that co-starred Neve Campbell, Courteney Cox, and David Arquette. Not only do these three reprise their roles in this sequel/reboot, but also Marley Shelton performs an encore from “Scream 4” as Deputy Sherriff Judy Hick. 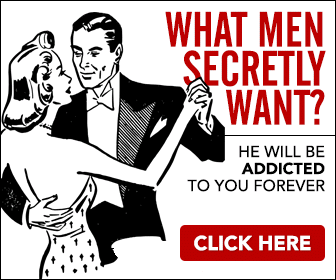 If the eerie electronic voice on the landline sounds familiar, this should not be alarming because Roger Jackson has voiced Ghostface on the phone in every “Scream” saga! Original “Scream” writer Kevin Williamson came aboard as an executive producer to ensure the new writers James Vanderbilt & Guy Busick remained true to the spirit of the slaughter. Sadly, bloodthirsty as it is, the new “Scream” (*** OUT OF ****) lacks both the savagery and the spontaneity of a razor-sharp slasher saga.

The characters spend more time dissecting movies than cringing at the prospect of Ghostface dissecting them. Predictably, the new Ghostface killers have been carving up prey long before the heritage characters intervene during the second half of this feverish but far from ferocious, 114-minute, profanity-laden, R-rated chiller.

Most of the teens are related to those heritage characters. For example, the new teen heroine, Samantha Carpenter (Melissa Barrera of “In the Heights”), is the daughter of the original “Scream” slayer Billy Loomis. Actor Skeet Ulrich shows up occasionally as Loomis!

Virtually everybody wallows in their own blood before the sinister Ghostface slashers shed their masks to rationalize their demented designs. The bogus blood doesn’t swamp any scenes, otherwise everybody would have been slipping and sliding in it, and “Scream” is already awash in too much comedy.

Alone at her mom’s house after dark, Tara Carpenter (Jenna Ortega of “Insidious: Chapter 2”) is in the kitchen texting a friend, Amber Freeman (Mikey Madison of “The Addams Family”), when their landline rings. One of her mom’s friends from an Alcoholics Anonymous group is calling.

Inevitably, the conversation shifts to Tara’s tastes in horror movies. She didn’t like “Stab,” the fictional movie within this movie about the suburban Woodsboro, California, slasher, and she shuns slasher thrillers. Instead, Tara prefers horror movies like “It Follows” (2014), “The Babadook” (2014), and “Hereditary” (2018), because the horror has greater subtlety and sophistication.

Eventually, Tara discovers that the voice on the phone has spoofed Amber’s cell phone. Tara has been talking to the Ghostface killer as well as texting the dastard. Ghostface threatens to kill an unsuspecting Amber if Tara cannot answer questions correctly about the “Stab” movie. Suddenly, Tara is frightened when the Ghostface killer invades her house.

This cloaked killer stabs her seven times and leaves her to bleed out. Luckily, Tara contacted 911 in time for an ambulance to rush her to the hospital. When Tara’s estranged older sister Samantha learns about her younger sister’s near-death experience, she hauls butt back to Woodsboro, and her boyfriend, Richie Kirsch (Jack Quaid of “The Hunger Games”), accompanies her.

Typically, the first victim in a “Scream” movie is slaughtered like a sacrificial calf. Interestingly, Tara survives Ghostface. Despite its R-rating, the violence seems muted compared with the last “Halloween” movie with Jamie Lee Curtis. You’ll have to wait patiently for the finale when one of the slashers is shot several times and then set ablaze like a flaming torch.

After they arrive in Woodsboro, Samantha and Richie approach ex-Deputy Sheriff Dewey Riley (David Arquette of “Eight Legged Freaks”), whose life has spiraled into the doldrums of alcoholism. Stabbed nine times already by previous Ghostface slashers, poor Dewey has suffered permanent nerve damage and walks with a hobble.

Dewey assembles Tara’s small circle of teen friends. He goes over the rules for those who want to survive this reign of terror. Dewey sums up what Jamie Kennedy’s character Randy covered in the original “Scream.”

First, nobody can have sex. Second, everybody must refrain from drinking and/or doing drugs. Third, nobody should ever say they’ll be right back, because you won’t be right back. Dewey cautions them against trusting anybody. He warns everybody that their lovers could be one of the killers, too.

Later, texting New York network news anchor Gale Weathers (Courtney Cox of “Ace Ventura: Pet Detective”), Dewey alerts his ex-wife to avoid Woodsboro at all costs. Instead of taking Dewey’s advice, Gale treats it as an invitation. Sidney Prescott (Neve Campbell of “The Craft”) wastes no time either after Dewey notifies her about the murders. When she shows up, our heritage heroine comes armed and dangerous.

Unfortunately, the new “Scream” is too smart for its own good. The senseless slaughter of teens is not as sensational as it was 25 years ago. Furthermore, the filmmakers spent their coin on a charismatic cast rather than gory prosthetic effects. None of Ghostface’s victims are deprived of body parts like in “The Texas Chainsaw Massacre” movies.

Visceral slasher sagas thrive on sadism rather than sarcasm. Some teens may either not be old enough to remember the legacy “Scream” movies, much less “It Follows,” “The Babadook,” and “Hereditary.” Meanwhile, the copycat villains claim they want to pump fresh blood into the franchise to ensure its continued existence.

After five movies and a short-lived television series, the best thing a “Scream” movie can evoke now is snickers. Ultimately, the comeuppance that the villains get provides a catharsis that makes everything sufficiently engrossing, even if it isn’t as horrific as it could have been.