Skillet doesn’t appear to be mellowing with age. Over a 15-year recording career that includes 10 previous studio albums, the Christian crossover band has firmly established themselves within the metal/alternative rock universe.

The band’s 10th album, the 2019 release “Victorious,” put a grungy, industrial edge on aggressive rockers like “You Ain’t Ready,” “Never Going Back” and “Reach,” while poppier, more orchestral-accented anthems like “This is a Kingdom” and the title song had plenty of heft.

Now, Skillet is back with “Dominion,” a new album that features a similar stylistic mix, but if anything, ups the ante on the louder aspects of their music in songs such as “Beyond Incredible,” “Surviving The Game” and the title track. They all mix thick guitars, aggressive beats and grimy industrial-ish tones sweetened with big melodic choruses. 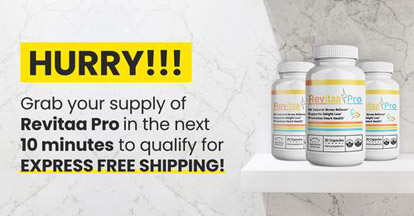 “I always laugh and tell people that as an artist I seem to have a really hard time knowing when something sounds different than the last record,” Skillet singer/guitarist John Cooper observed in a mid-December phone interview. “But my feeling is that this record is, it’s heavier…Some of that might be because of the Churko influence. That’s kind of what they do, isn’t it?”

“There’s something about Kevin’s production that’s just very big on the low end. It’s very, very punchy,” Cooper said of his producer, who is known for his work with Ozzy Osbourne, Five Finger Death Punch and Disturbed, among others. “He’s just a really, really great producer, and I’m a huge fan. So I was like ‘Kevin, do what you do.

The Churkos had co-written two songs with the Coopers on “Victorious” – “Rise Up” and “You Ain’t Ready” – and early in the writing process for “Dominion,” the four songwriters reconvened for a session.

“We weren’t necessarily thinking that they (the Churkos) would produce the whole album,” Cooper said. “It was just kind of like ‘Yeah, we’ll write a couple of songs and see how it goes and have some fun.’ And the truth is it just went really well. The first song we did together was ‘Surviving The Game,’ and I told my manager, I said ‘I might be crazy, but I think this might be really good.’”

Soon afterward, the Churkos signed on for the full project. But because the COVID pandemic prevented Skillet from working in person with the Churkos, they had to get creative with how to write and record “Dominion.”

The solution was to do the songwriting and recording of each instrumental part and vocal remotely over Zoom video conferencing – a process many musicians came to use to make music during the pandemic. Cooper found this approach to be surprisingly workable.

“It was just a really easy record to make. It was bizarrely easy,” Cooper said. “I didn’t want to do it that way. And I thought this is dumb. But it was either let’s try to write some songs with Zoom or we’re not going to do anything right now because we can’t (work in person). So I thought I’ll just try it, and it went really good. I don’t really know why.

Some of it might just be because you’re working less, meaning I didn’t have to travel all the way over there (to a studio) and then set up gear. It was more like ‘Hey, we have a couple of hours. Let’s jump on (Zoom) and write some stuff. Then as we go on through our day, we’ll record some tracks to send to you and then those guys would (work on) the tracks we did or re-do some of our things and send them back. It just became this super easy process.”

If Skillet’s track record is any indication, fans will agree that the remote recording process produced another successful Skillet album.

The group, which formed in Memphis in 1996, enjoyed considerable success from the outset in the Christian rock market. But the real breakthrough came with Skillet’s sixth album, the 2006 release “Comatose.” Certified platinum, it won a Grammy for Best Rock or Rap Gospel Album and spawned five singles, three of which crossed over into the top 30 on “Billboard” magazine’s mainstream rock singles chart.

The next album, 2009’s “Awake,” did even better, going double platinum and producing seven singles.

That success continued with the 2013 album “Rise,” 2016’s “Unleashed” and “Victorious,” each of which added multiple Christian and mainstream rock singles to Skillet’s catalog.

Skillet is starting the “Dominion” touring cycle by headlining this year’s edition of Winter Jam, the annual multi-act arena tour that’s one of most popular tours in Christian rock. The band’s 40-minute set will give concert-goers a taste of the new material.

“We’ll play a couple of new songs, and then, of course, you’ve got to play the songs that you know people are going to be really mad if you don’t play,” Cooper said.

Chances are the short Winter Jam set won’t allow Skillet to showcase what is a rather provocative theme to some of the songs on “Dominion,” on which Cooper encourages Christians rise up and not be silent about their faith. He feels there has been a backlash in America against Christianity, much of which stemmed from college academia and was aided and abetted by government and other entities.

“It’s academia, it’s big tech, big media, all of it has had this same agenda,” Cooper said. “And really, I suspect the main culprit that really got the folks riled up were conversations within academia, and that was one of the things that, I mean, there was a whole generation of young people that went to college, got indoctrinated into humanism and leftism. That’s how I see it anyway.

“I feel like a lot of what we’re witnessing in culture right now, I think it’s disguised,” he elaborated. “We think we’re arguing about things like, I don’t know, pandemics, I don’t know, you can kind of choose the subject, racial justice, mask mandates. We think we’re arguing about politics, but really at the heart of it, what I see is a new revolution against Christianity, and what I would see as sort of Americanism, and when I say Americanism, I don’t mean being patriotic about America.

I mean the things that America was built upon, namely I would see as Christianity and reformation ideas. That is why some of what I’m saying on the record is, I hope, an encouragement to Christians, do not be silent about your faith, and also don’t be deceived. Don’t be deceived into thinking that this is something else going on. This is really a revolution against, I believe, the faith and wanting to shut us up, to make us stop talking about the things that we believe in.”