MOVIE REVIEW OF ”THE DOORMAN”

The message in “Versus” director Ryûhei Kitamura’s contemporary crime thriller “The Doorman” (*** OUT OF ****) is never judge a heroine by her looks or allure. The homicidal henchmen in this derivative rehash of the vintage Bruce Willis actioneer “Die Hard” (1988) learn this lethal lesson about stereotyping the hard way. When they tangle with our heroine, they’re surprised she can counter their every move with guns, knives, fists, wits, and improvised explosive devices. Australian actress Ruby Rose makes you believe she could wield all these weapons, too.

This multi-talented starlet has been turning heads for some time in Hollywood. Recently, she toplined the first season of the WB cable series “Batwoman” (2019-2020). Rose made her career debut in the short film “Boys Like You” (2011) and hasn’t looked back.

In “The Doorman,” Rose plays a gatekeeper at a towering, luxurious, ten-story, Manhattan apartment building. Some residents are surprised to see her negotiate the gender gap as a doorman in her long uniform coat and visored cap.

Eventually, she tangles with villainous French criminal mastermind Victor Dubois (Jean Reno of “La Femme Nikita”) and his equally ruthless second-in-command Borz Blasick (Aksel Hennie of “Last Knights”), who has some surprises for both her heroine as well as Dubois’ villain.

Director Kitamura and his two “Sky Raiders” scenarists Lior Chefetz and Joe Swanson, adapting a Greg Williams and Matt McAllester story, prefer to foreshadow various events with random expository dialogue which only vigilant spectators will file away for future reference.

Meantime, “The Doorman” shares a plot similar to the Mel Gibson melodrama “Force of Nature” (2020) about a murderous search for stolen Old World masterpiece paintings that vanished without a trace during World War II.

“The Doorman” opens with a slam-bang start at the American Embassy in Bucharest, Romania. The U.S. Ambassador (Andreea Vasile of “Why Me?”) and her daughter Nira (newcomer Andreea Androne) leave her office and travel in an armed convoy of dark sedans to a rendezvous.

The Ambassador invites U.S. Marine Gunnery Sergeant Ali Gorsky (Ruby Rose) to accompany her daughter in a separate car. As the motorcade enters a stretch of two-lane highway through a deeply wooded forest, the gimlet-eyed Gorsky spots black-clad figures scrambling stealthily alongside the road through the dappled shadows of foliage.

Gorsky reports her sighting. The security escort chief doesn’t spot these dastards and clears the convoy to maintain its course. Suddenly, out of nowhere, one of those phantom assailants materializes on the road with a bazooka. He sends a projectile streaking into the lead car.

No sooner do the occupants see the deadly rocket soaring their way than a fireball explosion engulfs their vehicle. Chaos reigns as drivers and bodyguards alike take evasive action. More black-clad warriors emerge from the forest. Armed with assault rifles, these gunmen riddle the bodyguards with fusillades of gunfire.

The camo clad Gorsky advises Nira to stay low. Gorsky exits the car, brandishes her automatic pistol like Wild Bill Hickok and takes down several assailants in their tracks with unerring accuracy. Methodically, to conserve ammo, Gorsky eliminates each terrorist with one bullet per man. 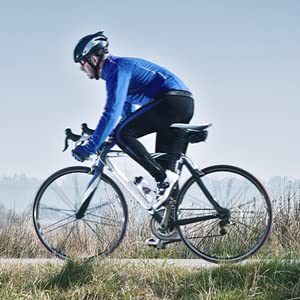 She wounds another when she shoots under a car. Her slug shatters the gunman’s ankles, and he crumples in pain. Meanwhile, the Ambassador dashes through a barrage of gunfire to join Nira in the rear car. No sooner has she cradled her daughter in the safety of her arms than another terrorist launches a bazooka shell. Sergeant Gorsky doesn’t see this projectile as it screams overhead and obliterates the car, atomizing both the ambassador and her daughter.

The impact of the explosion catapults Gorsky backward, hurling her into the woods. As soon as she slams into the dirt, Gorsky awakens from this flashback in her peaceful New York City apartment. Apparently, the sole survivor of this tragic skirmish, Gorsky has returned to America and hung up her dog tags. Mind you, she hasn’t forgotten any of her ingrained gunnery sergeant skills, but she contends with PTSD as a result of this violent opening episode.

Happily, Kitamura stages an exciting, slam-bang, high-octane, shoot’em up prologue which establishes Gorsky’s lethal proficiency with firearms. Gorsky lands a job at The Carrington after a kind relative, Uncle Pat (Philip Whitchurch of “Blue Ice”), notifies her about an opening. He advises her not to mention that they are related. The Carrington’s chief caretaker, snobbish Borz Blasevic, hires her on the spot while harassing her in a unisex locker room scene.

He warns her the building will be closed during the Easter Holiday, so she’ll have some time off. Little does Gorsky know her late sister’s husband, author Jon Stanton (Rupert Evans of “Tank 432”) and his two children, Max (newcomer Julian Feder) and Lily (newcomer Lord Cassidy), reside on the tenth floor.

Later, the Stantons invite Ali to their Easter lunch. Reluctantly, Gorsky promises to attend. While Ali is socializing with them, the evil Dubois with his gang of ruffians invades The Carrington. Dubois has come to liberate some priceless paintings one of his former colleagues had hidden within the walls.

Meantime, Gorsky torpedoes Dubois’ best-laid plans when they occupy the Stantons’ apartment. Borz and she wade into each other kicking and screaming. Ruby Rose acquits herself athletically as a butt-kicking heroine who can take it and dish it out. Kitamura and his writers never let the pace slacken in this robust, R-rated actioneer. Altogether, “The Doorman” qualifies as a sizzling saga.

Check All Of Our Great Movie Reviews Here: https://theplanetweekly.com/category/entertainment/