If you want to know how the current Dawes album, “Misadventures of Doomscroller,’ is different from the band’s previous seven albums, think about comparing Frank Zappa to the Rolling Stones or R.E.M.

“I think so much, especially with our kind of music, our scene, there’s all this talk of restraint and there’s all this talk of economy,” Dawes singer/guitarist and main songwriter Taylor Goldsmith observed in a recent phone interview. “Sometimes you’ll hear these records by these monster guitar players or monster musicians and there’s no evidence of that. While I really applaud that when the song calls for that because I think that’s the height of taste, I also think when you can, cut loose, I want to hear it.” 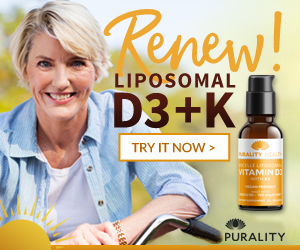 Dawes doesn’t sound like the Rolling Stones or R.E.M. – and no one has ever sounded quite like Zappa. While sharing some of the melodic alt-rock feel of R.E.M., Dawes’ music is more straight-forward and weaves in a good bit of Americana/folk with graceful pop melodies, making their sound distinctly different from that of R.E.M. — not to mention the blues-rooted, swaggering rock of the Stones. But especially like R.E.M. (a band Goldsmith considers a major influence), Dawes on album has kept songs concise and saved the soloing and improvisation for their live shows.

But when the pandemic hit, Goldsmith and his bandmates, drummer and brother Griffin Goldsmith, bassist Wylie Gelber and keyboardist Lee Pardini, decided for “Misadventures of Doomscroller” to throw out their rule book and take musical liberties they had eschewed on earlier albums.

“I think a big part of it was just the pandemic shutting everything down and us feeling like who knows if tours will ever come back. If that’s the case, let’s make sure to make the music on our terms,” Goldsmith said. “So we felt we should start embracing this part of us that we maybe felt like we weren’t allowed to express (on studio albums) – not that anybody put that on us, we put that on ourselves. But it’s something we’ve talked about for a long time.”

Then there was also the Zappa factor.

“I think a big discovery for me right before we recorded this album was Frank Zappa, and that, I think was a big catalyst for making this possible in my own brain,” Goldsmith said. “I felt like I was given permission, not that I’m a flashy guitarist, but I feel like so much of a Dawes record (when it came to) guitar playing was how do you do just enough and move on? Then in listening to Zappa, oh, he’s doing everything he wants and everything he can and he’s really exploring the instrument and experimenting himself and it’s so fun. He’s taking excellence to the extent that he’s capable.

The seven songs on “Misadventures of Doomscroller” show that Goldsmith and his bandmates are more than talented enough to create songs with longer, more adventurous arrangements that don’t lose the musical plot along the way. The album opens emphatically with the near 10-minute opus “Someone Else’s Café/Doomscroller Tries To Relax.” Greeting the listener with a snazzy chiming guitar hook, the song settles into its appealing central vocal part only to take a sharp turn into an instrumental segment that moves from jazz-tinged edginess into a fluid guitar solo that introduces the downright pretty second half of the track.

Far from feeling jammy, every note of “Someone Else’s Café/Doomscroller Tries To Relax” feels intentional and integral to a song that earns every second of its generous length. The same can be said of other lengthy songs: “Everything Is Permanent” (which features an airy and elegant Pink Floyd-esque guitar solo); “Ghost in the Machine” (where the tumbling beats played by Griffin Goldsmith and producer Jonathan Wilson give this track a rocking tension that’s a new stylistic wrinkle for Dawes); and “The Sound That No One Made/Doomscroller Sunrise” (whose guitar leads and solos truly elevate the track).

Because the pandemic had prevented the four musicians from getting together to rehearse the material beforehand, it was anything but a given that the songs would work when the band arrived at the studio in November 2020.

“I was sort of writing (the songs) all by myself, including all of the instrumental sections, and I would just send the guys these sort of elaborate demos,” Goldsmith said. “The demos were horrible. They’d be a guitar or bass just sort of clunking my way through it and kind of talking over it, like ‘Oh, try to imagine this instead of what you’re hearing.’ They took to it immediately, and yeah, we weren’t able to get together so I didn’t really know if it was going to work or if it was going to sound good.

“But once day one started and we started hearing back what we were doing, we realized this is going to work,” he said. “We’re going to make a record we’re going to like.”

Dawes certainly had built up enough experience playing together and exploring various sonic directions to make good on the ambitious plans for “Misadventures of Doomscroller.”

Dawes grew out of the post-punk-leaning band Simon Dawes after the 2007 departure of Goldsmith’s songwriting partner Blake Mills. As Dawes, the group pivoted to their familiar folk-rock sound with their 2009 debut album “North Hills.”

The band continued to develop their sound over the next three albums, before taking an adventurous sonic turn on the 2016 album “We’re All Gonna Die.” With Mills joining in as producer, the band incorporated a variety of synthesizers and other synthetic elements into the songs, bringing more of an edgy pop-rock accent to their songs without losing their signature folk-pop sound. The 2018 album “Passwords,” continued in a similar vein before the band returned to a more organic sound on the 2020 album “Good Luck With Whatever.”

Dawes aren’t holding back with their live shows, either. Goldsmith said. They’ll be playing a good chunk of material from “Misadventures of Doomscroller” while also getting adventurous with the back catalog.

“We’ll definitely go deep into our catalog,” he said. “Not that we’re some big famous band with a bunch of hits, but if we were to play lead singles from all of those albums, we wouldn’t have time for anything else. Inevitably, we would just be playing more or less the very same show from night to night. And we have fans that travel. We have the kind of fans that will come to one or two or three shows in a row. I feel like the only way to help cultivate that and also to help us to stay thrilled on stage is to kind of bounce all over the place.

And obviously, we want to play songs that are familiar, and we always do. But instead of playing all five of the most popular songs, we’ll play one or two a night and make sure we’re getting into some songs that we never play for anyone else so that each city feels like we had a moment. And yeah, there are some fans that resist that. They’d rather have us just play all of the most popular songs, but I find that those aren’t the majority and those aren’t the fans that we have as deep of a connection with. We want everyone to be happy, but I also feel the only way that’s possible is by making sure we’re happy first.”