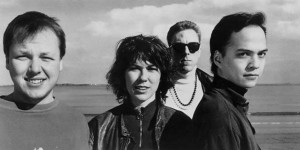 Keith Lennox presides over www.All-len-All.com. If you enjoy edgy and quirky, this is a good spot.