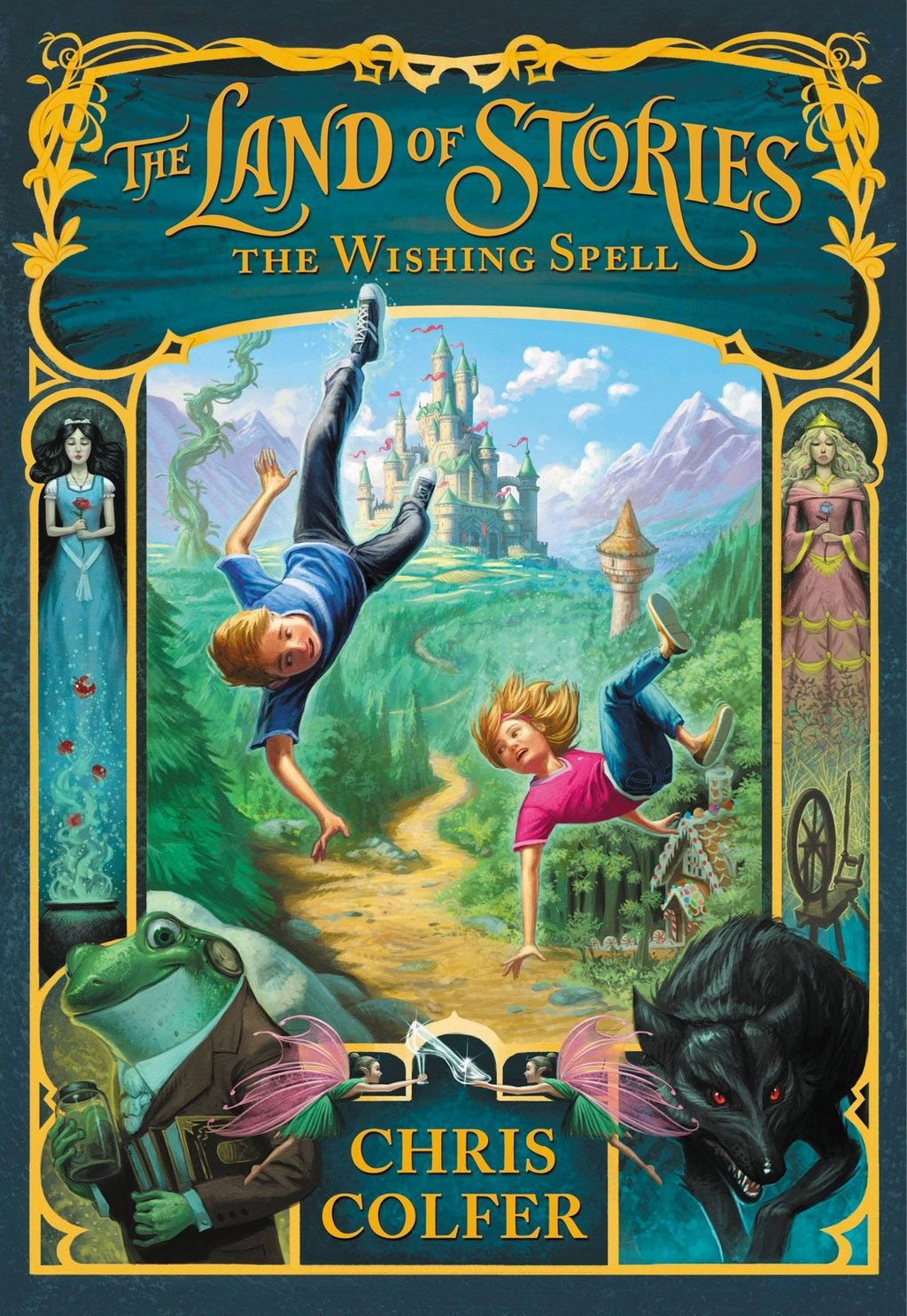 Everyone wishes, at some point in their life, to travel to another world. Whether to escape bills, stress or work, one dreams of escaping to a land where anything is possible, and the imaginary transcends the reality. For Alex and Connor Bailey, falling into a book was all it took, and they were transported into a world beyond their wildest dreams.
“The Land of Stories: The Wishing Spell” tells the story of Alex and Connor Bailey, a pair of twins who, after their father dies in a car accident, lose almost everything that comprised their old life. They leave their home in exchange for a smaller one, lose the family business, and their hope for a life like their last. After gaining a very special present from their Grandmother, the twins get dropped into a world unlike anything they’ve ever seen. Meeting classic fairytale characters seems like a dream come true, but Alex and Connor soon learn that getting their true wish — the ability to go home to their mother, Charlotte — would be anything but magical.
This is the first novel by author Chris Colfer, who moonlights on Glee as the loveable Kurt Hummel. “The Wishing Spell” isn’t Colfer’s only achievement, however. Honored as one of Time Magazine’s 100 Most Influential People, he is also a Golden Globe winner, winner of two People’s Choice Awards, a Screen Actor’s Guild award, and two Teen Choice Awards. Along with the six wins, he was nominated for thirteen more. He’s also the screenwriter and director of the Key West Film Festival winner Struck By Lightning, in which he also plays the lead character, Carson Phillips.
The media took hold of “The Land of Stories” quickly, and the book soared to the top of The New York Time’s best seller list. With a 3 out of 4 rating from USA Today, and a 4.5 out of 5 on BarnesandNoble.com, the book is sure to please children and parents alike. Filled with adventure and warm-hearted sentiments, “The Wishing Spell has enough plot twists to keep the reader interested. Colfer paints colorful lands, each filled with it’s own princess, creatures, and dangers. Alex and Connor explore such places as The Red Riding Hood Kingdom, the Sleeping Kingdom, the Dwarf Forest, and the Sleeping Kingdom. Each of these and the other five kingdoms and territories has their own ruler, everyone from Sleeping Beauty and Cinderella to the Fairy Counsel.
The ending leaves obvious room for a sequel, which turns out to be a good thing, since this is only the first book. “The Land of Stories” is a trilogy, and the other two books have already been released. All three books in the trilogy, “The Wishing Spell”, “The Enchantress Returns”, and “A Grimm Warning” are available at Barnes and Noble, its website, Amazon, and where other books are sold. Chris Colfer is also touring around the US this year, signing copies of his books in different cities. He recently recorded audiobooks of “The Wishing Spell” and “The Enchantress Returns”, which are available on Audible.com and other audioboo