Clear and sunny skies made for perfect weather during the kickoff of Oak Mountain Amphitheatre’s star-studded concert season, which promises stellar performances from Heart, Brandi Carlisle, and legendary duo Hall and Oates. The popular outdoor venue started things off right with the Dave Matthews Band, a fan-favorite of the South.

Hailing from Charlotteville, North Carolina, the seven-man ensemble has a soft spot for Alabama, making annual visits to the Southern State. Their current tour, in support of their new album Come Tomorrow, saw the return of the band, which haven’t played the Pelham venue since 2016.

However, DMB’s Alabama presence has been anything but lacking. Last year, front man Dave Matthews performed alongside John Legend and Common at the concert for peace and justice at Montgomery’s Riverwalk Amphitheatre. Then, of course, you can’t forget their numerous stops at the Tuscaloosa Amphitheatre.

Despite the numerous visits, Birmingham welcomed the band with open arms during their May 7 stop at the Oak Mountain Amp. The band, which boasts 11 Grammy nominations and eight studio albums, did not have an opener.

Kicking off the show roughly around 7 p.m., the eponymous frontman took the stage to a thunderous welcome from the nearly sold-out crowd. Armed with a devilish grin and his signature guitar, Matthews didn’t take long to launch into “One Sweet World” and “Grey Street.”

Maneuvring across the wide stage, Dave and company delivered an endless medley of energy throughout the shows 22-song set. Paying homage to loyal fans, DMB played classics “Crush” and “You and I”, while also plugging tracks from 2018 album Come Tomorrow 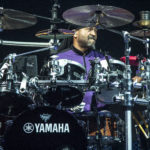 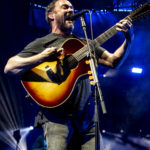 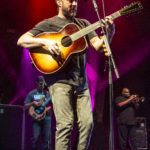 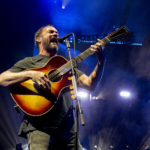 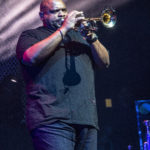 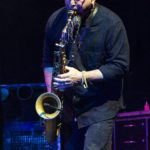 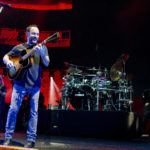 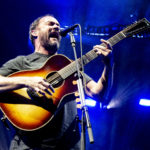 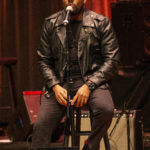