David Ivie hunched over a brick ledge outside of the Bama Theatre. His nostrils flared as he gulped in the thick aroma of boiling crab legs drifting from the Steamer’s Catering truck parked a few feet away.

He had about a good hour and a half to kill before he would pick up his electric guitar and join The Blues Crew on stage for the June 28 Southern Rock and Roll Blues Show, but he wasn’t worried about the time just yet.

Sitting to his left on the bench next to him were some friends of his: April Averette and her parents, Arnett and Diane Fields. Averette and her father wore blue jeans and faded band t-shirts that suggested what seemed to be a contrasting taste in rock and roll sub-genres: Averette wore a Rob Zombie t-shirt while her father rocked The Beatles.

Sitting between the two rock fans, Diane Fields looked out of place in her sophisticated patterned blouse, dark slacks and jewelry. If they didn’t know that she was good friends with several of the musicians scheduled to perform that night, one might assume that she had been dragged along kicking and screaming to the show by her husband and daughter.

But they are a rock and roll family just the same. None of this recyclable techno-pop foolishness that’s dominating the airwaves now. And, come to think of it, they don’t too much care for this Lady Gaga character they hear so much about, either.

If nothing else, fans can relive some of their nostalgia for a time when bands created their own music from scratch and Madonna’s attention-grabbing antics still shocked people.

“This is how we had to learn to play new songs when I was growing up,” Ivie said, repeatedly lifting and replacing an invisible needle on an invisible record player atop the ledge.

“Today you can just go to the internet and type in ‘I want to learn ‘Hotel California’ tutorial,” and it’ll teach it to you,” he added.

He doesn’t mean to sound mournful. In fact, he uses the same method to learn new songs now. He just finds it somewhat ironic that so much new technology is available to aid in creating new music and, still, so many of today’s pop music stars have little involvement in creating their own songs.  Averette agrees with him.

“I think more people need to start writing their own songs again,” she said.  “They let too many people sing that can’t sing now.”

That got Ivie going.

“Oh yeah, everybody talked bad about Simon Cowell [on American Idol], but he wasn’t scared to tell the truth,” Ivie laughed hoarsely. He added in a mimicking voice “‘But my momma told me I can sing. Meh meh meh.'”

If it is originality that Averette and her parents are looking for then they certainly came to the right place. The Southern Rock and Roll Blues show boasted an incredible lineup of dedicated, life-long performers.

“In my 52 years, I have never been under the same room with so much talent in one night,” Michael B. Reddy said that night in a break between songs.

Reddy formed The Blues Crew in 2012 and, at the show that night, they premiered songs from their new album, “It’s Time for Crewzin.” They were joined by Ivie  and Michael “Razor” Sharp on the guitar, Pianist Don Dendy,  and the self-titled “Ragin Cajun” Fiddle Player Thomas Jenkins.

An additional four acts would also take the stage over the course of the night. Chris Simmons and his Royal Blue Band were the first to perform. Now 40, Chris Simmons started playing guitar when he was 13 years old, after spending a year begging his mother to buy him one. He joined his first band at age 15 and hasn’t stopped playing since. The next performer, Ken Randolph, has been performing in public since he was five years old. He was joined on stage by the band he formed in 1986, Cooter Brown.

Perhaps the most anticipated act of the night was Shawna P, contestant on season four of NBC’s The Voice and the self-proclaimed “Queen of the EarthFunk Tribe.” The audience stood from their seats to dance and sing along to her blend of southern rock, country music and funk.

The show concluded with a performance by the Toney Boys, led by brothers Glenn and Chad Toney. One song into their performance Glenn, the band’s lead singer, invited the audience to leave their seats and join him at the foot of the stage. Averette joined the audience in the front row.  Without missing a beat, Glenn Toney moved down to the audience, grabbed hold of a female audience member’s hand, and twirled her about.

“There’s definitely an energy in live music,” Ivie said. “Every time you perform a song live it’s different. And you may make a major mistake.”

And he should know. Things went pretty well that night- he backed several of the bands- but he can’t say he hasn’t made his share of mistakes. The fun thing about live music, though, is that sometimes you can make good mistakes. One time, for instance, he was rocking away at his guitar on stage and, well, his hand must of slipped or who knows. Either way, he ended up playing the wrong chord.

“It’s the strangest thing,” he said. “At the same time the other guitar player went to the exact same chord and we sort of looked at eachother. We started playing the song that way from then on.” 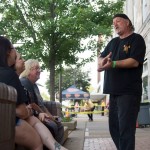 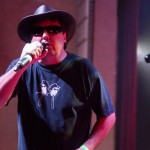 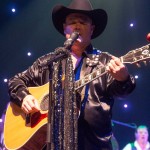 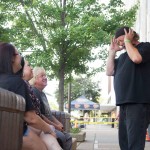 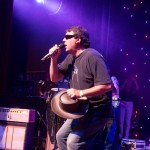 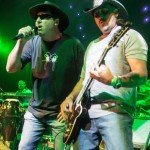 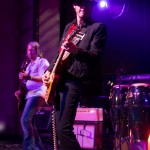 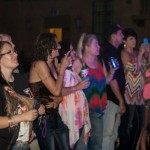 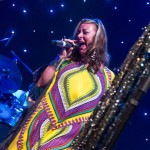 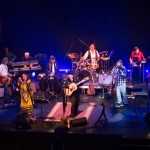 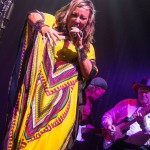 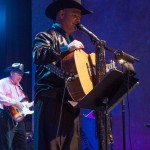 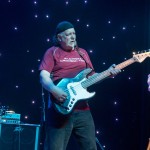 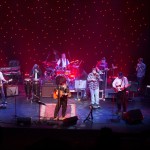 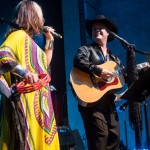 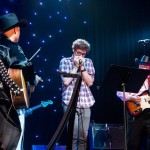 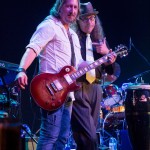 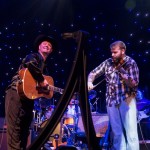 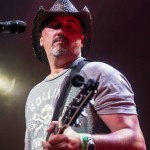 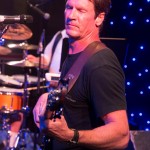 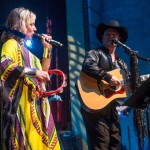 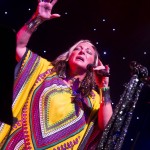