F. Scott Fitzgerald once said that “too much champagne is just right.”

And if you ignore the key role excessive boozing had in Fitzgerald’s early death, it may start to seem as if he were on to something. For Eric Mason and his band, Hot Gin, good things seem to happen when they are drinking. That is how they got their name, after all.

“Me and a buddy were playing Fantasy Football and we decided that the loser would have to do five shots of hot gin that had been sitting on [a heater],” Mason recalled.

“It tasted like warm pine needles,” Mason recalled, sounding simultaneously disgusted and proud. How Mason would know to make the pine needles comparison is anyone’s guess, and he didn’t elaborate further on how many warm pine needles he has consumed in his time. It’s probably best if we all just take his word on it.

F. Scott Fitzgerald is said to have done some of his best writing when he was drinking. Or am I getting Fitzgerald confused with Mason?

“Well, we all like to drink,” he said in reference to the band’s lyrical themes.

They also like to vent their frustration about their jobs, he said.

“We all have jobs, and I think our daily grind kind of seeps into [the lyrics],” Mason said.

Hot Gin started about a year ago in Birmingham, Alabama as an amateur garage band playing indie rock and roll and they have begun gradually building a local following since then, playing most of their shows in Birmingham and Tuscaloosa.

On Friday, August 22 the band will play with other local musicians at a house show in Northport, organized by Do it Yourself Tuscaloosa.

Mason said house shows are a growing trend in towns like Tuscaloosa and are ideal for college students, particularly since Under 21 regulations keep them out of most bar shows. He estimated that about 30 percent of his band’s gigs are house shows.

“[House shows] are much more intimate,” Mason said. “You’re not on a stage, you’re just kind of on the floor. People are more willing to have a good time.”

Another local rocker, Ben Farley, will play at the show. He agreed with Mason’s sentiments about house shows.

“A lot of places are really set up for that intimate viewing the way house shows are,” Farley said.

Farley has been making music for as long as he can remember. In 2002 he found some friends to play with him and the Ben Farley Band has been playing ever since.

The band started out playing punk and heavy metal, but now their sound is more “mellow.”

“I just got burnt out playing metal and punk,” Farley said. “I played some really hard stuff but now I’m into Americana and blues music, some hip-hop. We’re kind of like a fusion band.”

But Farley doesn’t just play music. These days, he’s mostly into making films. Between that and playing with his band, he doesn’t have much free time.

“I’m a loser,” he joked, because he is in his mid-thirties and he works fast food places off and on. He was laughing, but there was a note of self-consciousness.

Perhaps he’s just looking at the glass half empty, because he actually seems to be into a little bit of everything. He performs stand-up comedy, his band is recording an album. He’s even appearing in a Syfy docu-series called Town of the Living Dead to promote a zombie film he and a friend made, Thr33 Days Dead. Farley plays a “grave robber” in the film.

Is he a loser, or an unfunded artist?

Luckily, the convenient thing about house shows is that they don’t cost much of anything. In fact, there is no cover charge for the Back to School Show on Friday. DIY does ask that guests make a donation if they can, even if it is a dollar or a little pocket change (who can put a price on creativity?)

The event starts at 7 p.m. and is Bring Your Own Beer (or champagne, if you’re a Fitzgerald fan) and Bring Your Own Food- a barbecue grill will be available.

To request directions for the show, visit DIY Tuscaloosa on Facebook. 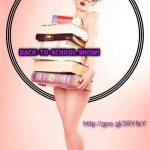 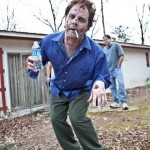 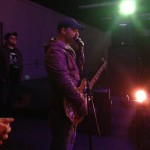